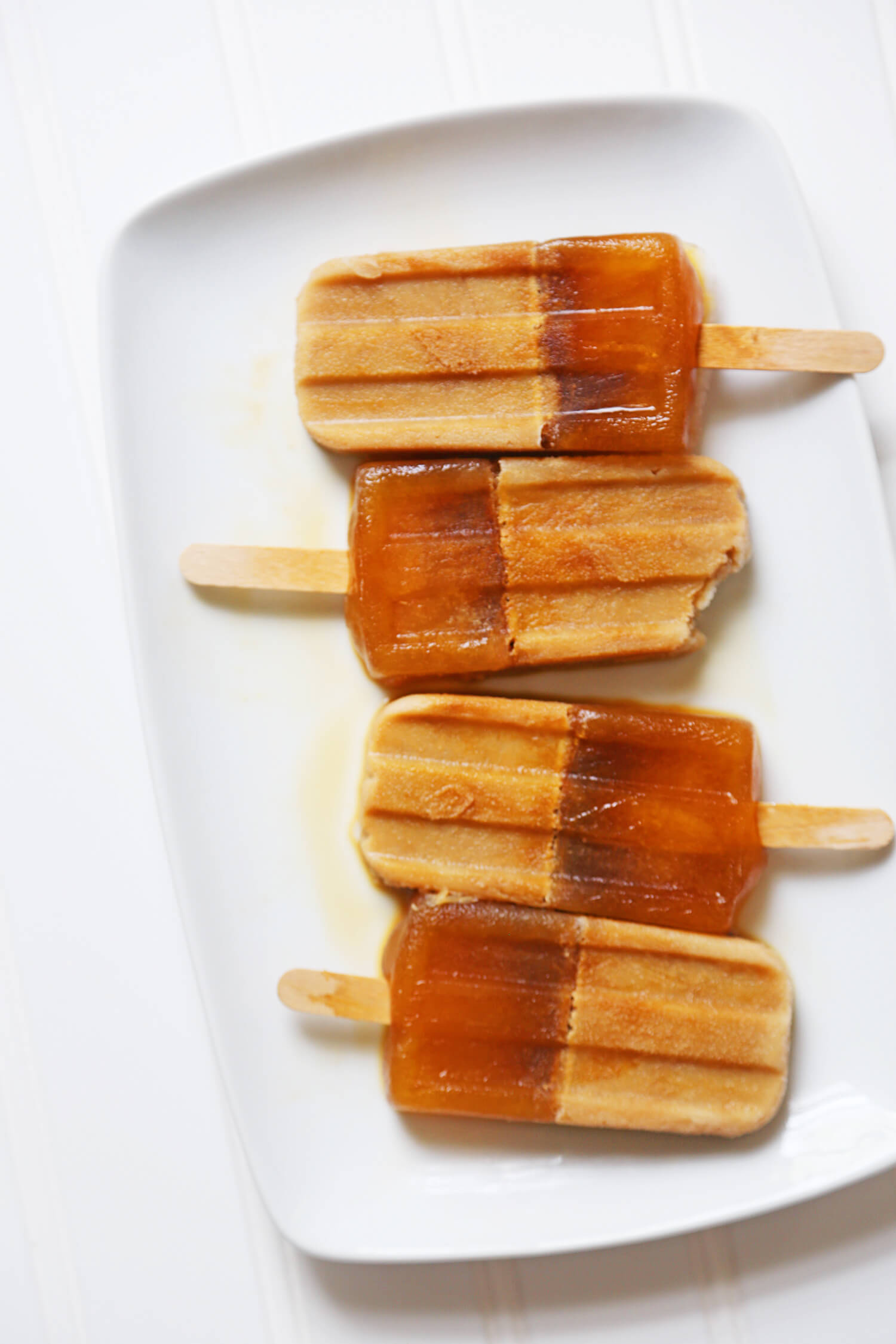 I reach a point every Summer when it just gets too damn hot. That is when everything I eat or drink has to be frozen. Coffee is no exception! I teamed up with Chila ‘Orchata Cinnamon Cream Rum to bring you these delicious Boozy Cold Brew Popsicles. Staying cool, caffeinating, and getting a buzz are all pretty high up on my priority list. Boozy Cold Brew Popsicles are the perfect treat when an iced coffee just isn’t going to cut it! 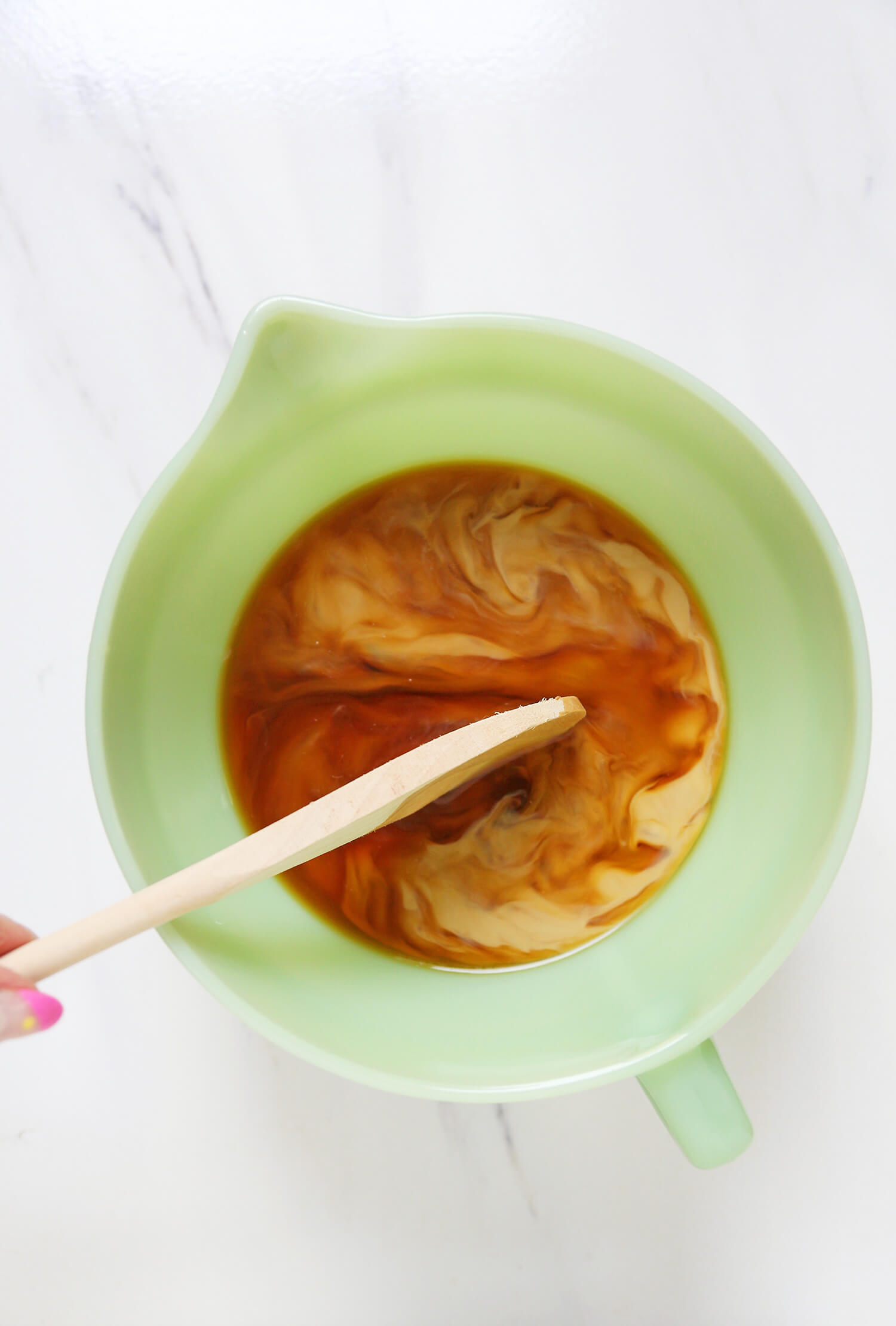 First, add 1 cup of cold brew to a bowl with sweetened coconut condensed milk and Chila ‘Orchata. Stir well and taste. If you want this mixture sweeter you can add either more coconut condensed milk or rum cream. Pour the cold brew-milk mixture into the popsicle molds only filling each one halfway. Place in freezer for about an hour.

Next, insert popsicle sticks and top off each mold with the remaining cold brew. Freeze for 4-6 hours but I always recommend letting them freeze overnight. 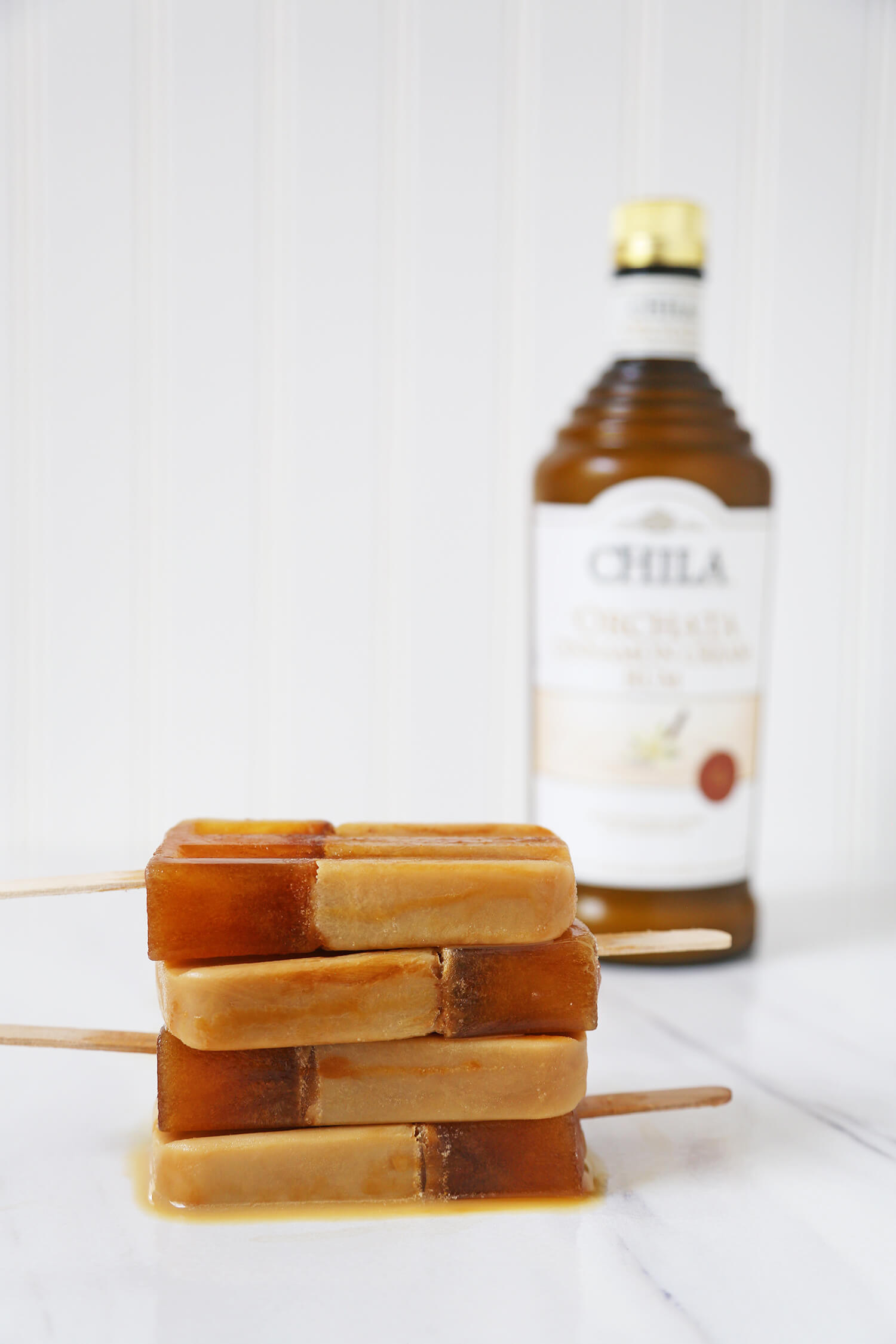 The recipe for these Boozy Cold Brew Popsicles couldn’t be more simple. They are so easy to put together even with the layering. Chila ‘Orchata is smooth, creamy, with a little hint of spice. It is a unique blend of Puerto Rican rum, real dairy cream, Tahitian vanilla, and exotic cinnamon. All the flavors of Chila ‘Orchata are wonderful for use in coffee and made these Boozy Cold Brew Popsicles extra delicious. 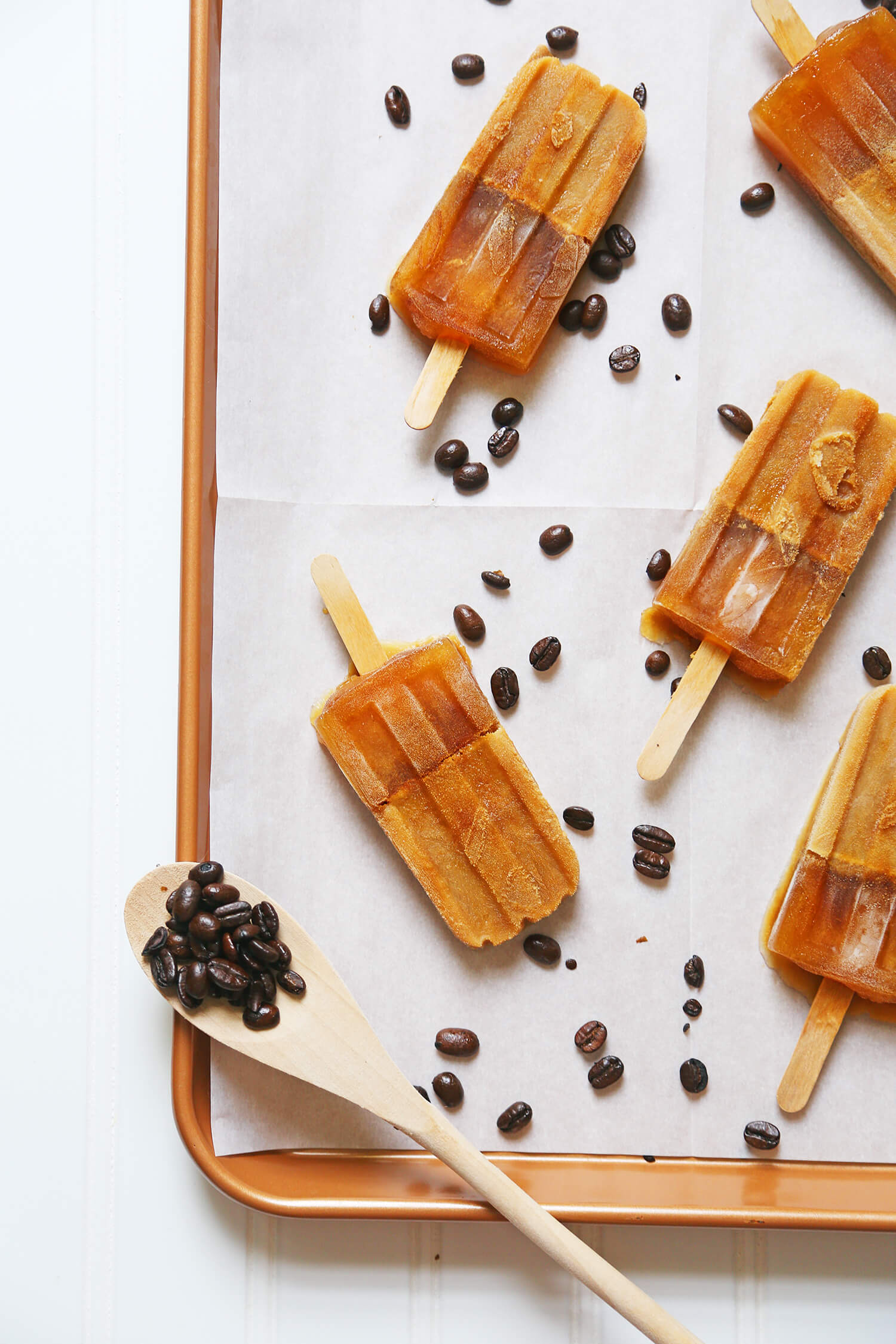 I’m usually a black coffee/cold brew drinker but adding a creamy latte element to these popsicles made them sweet, flavorful and refreshing. My new favorite thing to use in recipes is coconut condensed milk and it added just the right amount of sweetness and complimented the additional vanilla and cinnamon notes from the Chila ‘Orchata. 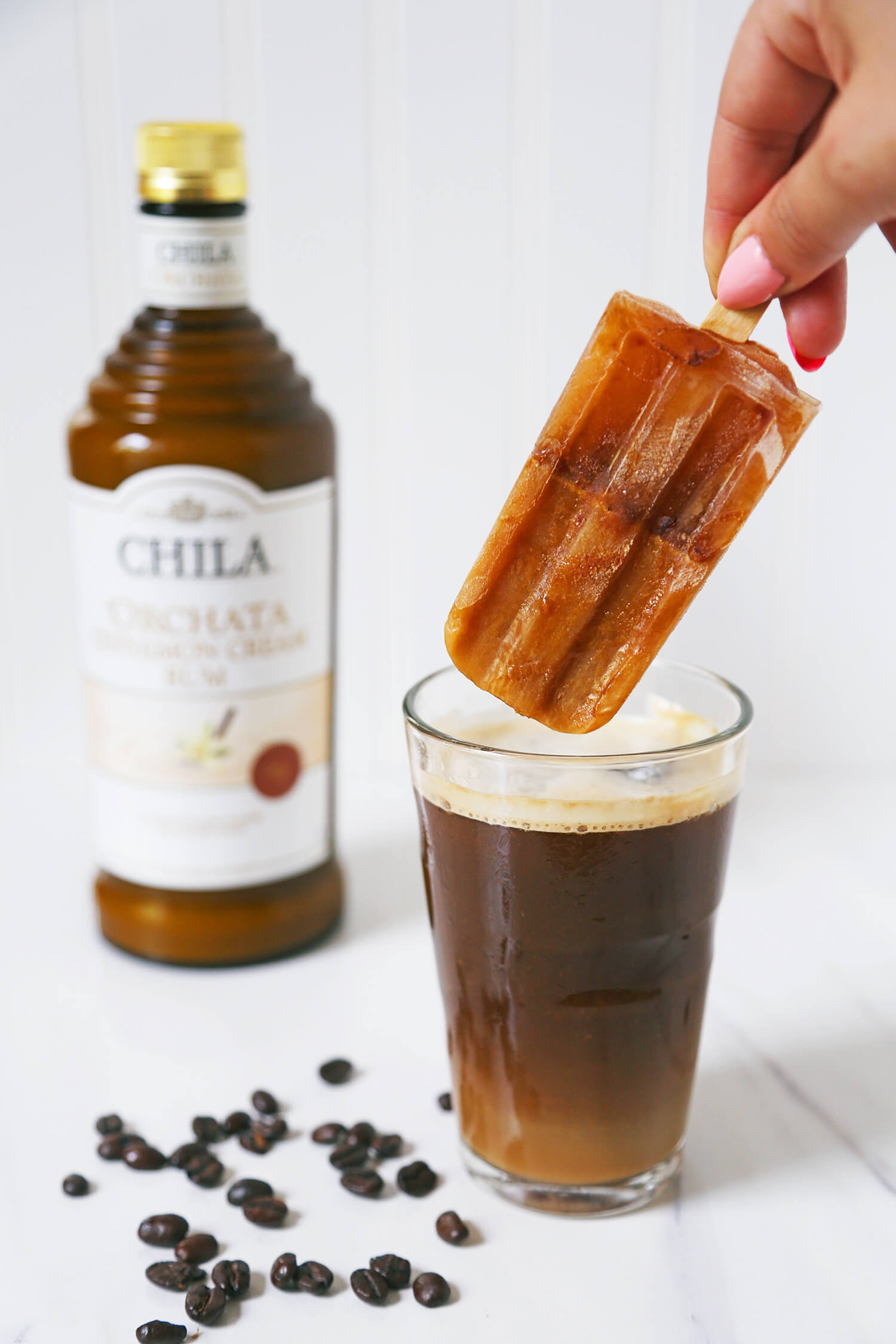 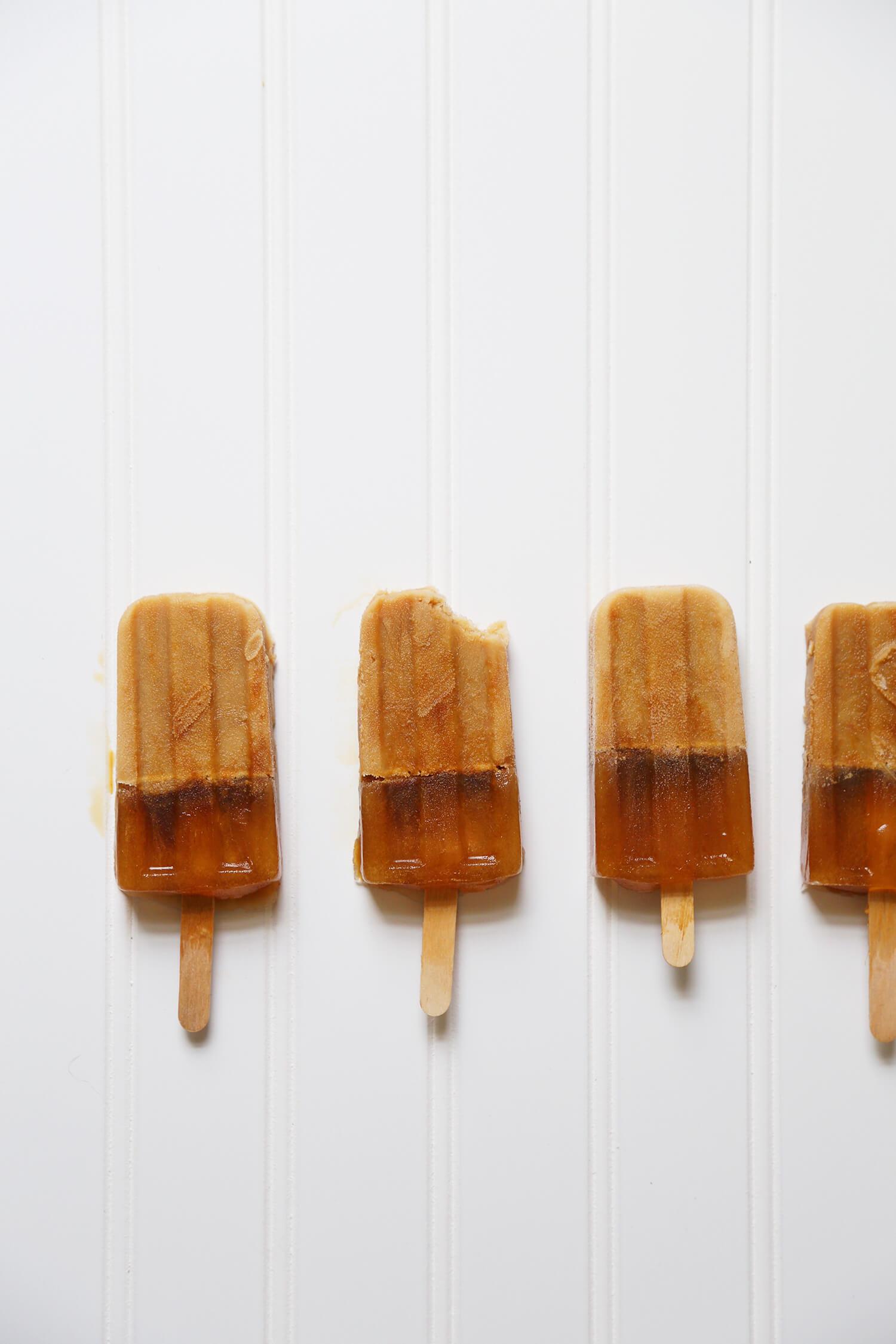 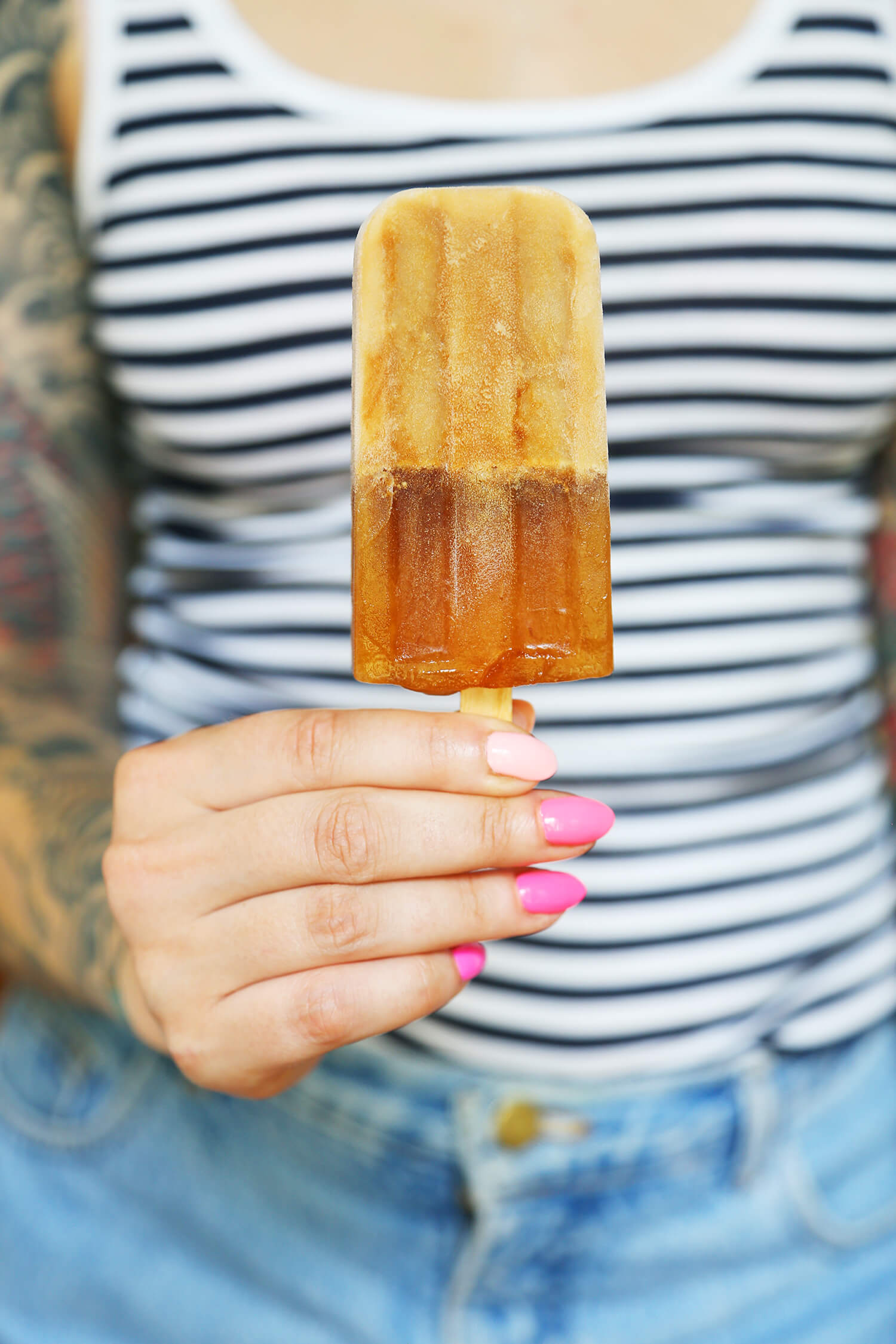 These Boozy Cold Brew Popsicles would be an amazing addition to any Summer brunch party. For me, I’d enjoy one on any regular afternoon just to pretend I’m on vacation. Hopefully, the cold brew kicks in and makes me semi-productive though. Another great idea: use them as a giant ice cube in your coffee!  Stay cool everyone and if you’re giving these a try at home don’t forget to chime in on the comments below. xo