I’m gearing up to celebrate Cinco de Mayo with one of my favorite Mexican spirits, Mezcal. I’ve used this smokey agave spirit in a bright and refreshing Cara Cara Mezcal Sour that is perfect for the occasion. If you’re not familiar with mezcal or how it differs from traditional tequilas — I’m giving you the rundown on the blog today. My palate has transformed over the years and I think I’m ready to come out and say that mezcal has definitely become one of my favorite spirits.

Tequila is a type of mezcal, much like how scotch and bourbon are types of whiskey. The definition of mezcal is any agave-based liquor. This includes tequila, which is made in specific regions of Mexico and is made from only blue agave. Mezcal can be made from more than 30 varieties of agave. The most common varieties of agave used for mezcal are tobalá, tobaziche, tepeztate, arroqueño and espadín, which is the most common agave and accounts for up to 90% of mezcal. 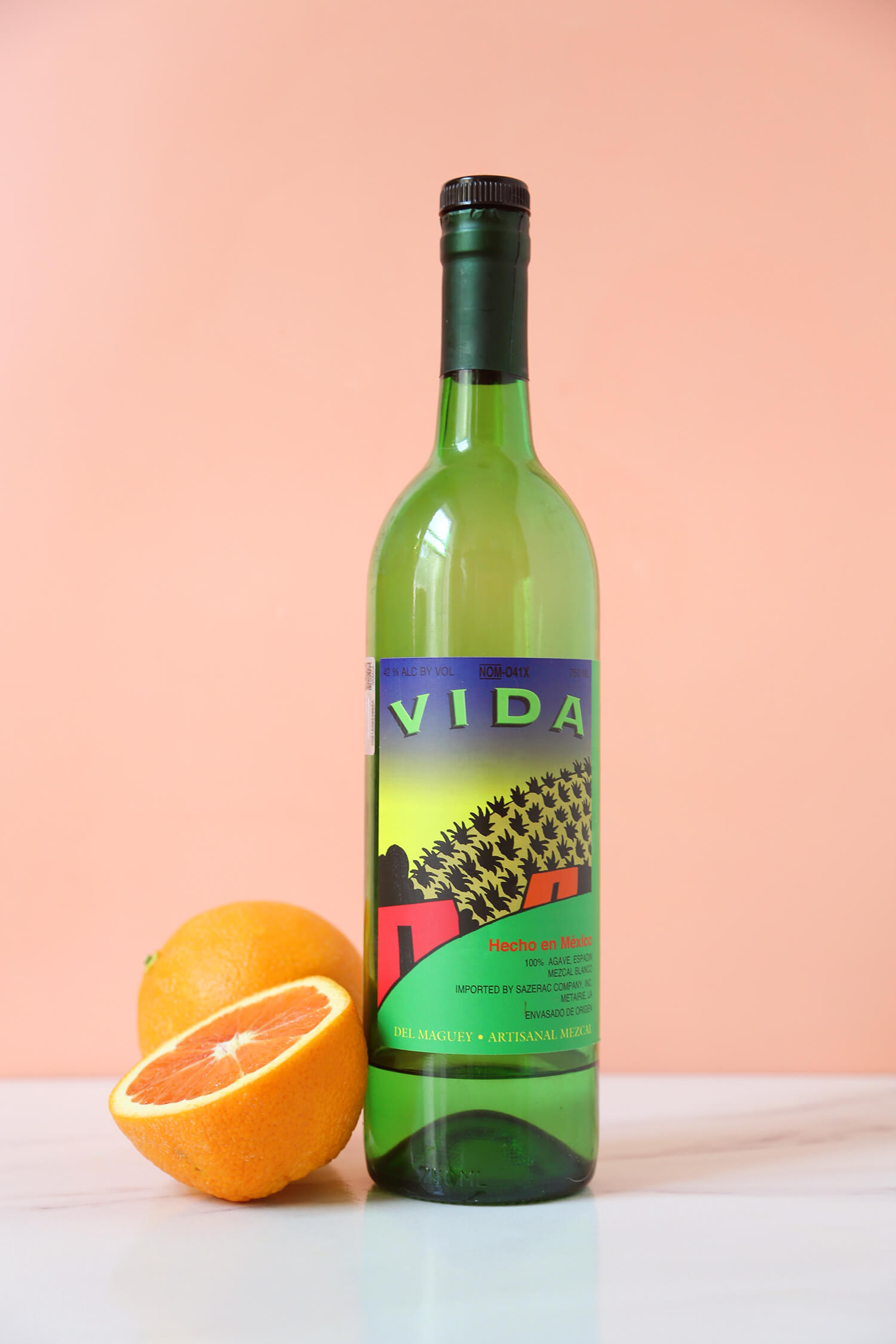 While there is some geographical overlap, tequila and mezcal primarily come from different regions of Mexico. Tequila is produced in five places: Michoacán, Guanajuato, Nayarit, Tamaulipas and Jalisco, which is where the actual town of Tequila is located. Conversely, mezcal is produced in nine different areas of Mexico. They include Durango, Guanajuato, Guerrero, San Luis Potosi, Tamaulipas, Zacatecas, Michoacán, Puebla and Oaxaca. Which is where 85 percent of all mezcal is made.

Both tequila and mezcal are made from harvesting the core of the agave plant, otherwise known as the “piña.” However, that’s where the similarities in production end. Tequila is typically produced by steaming the agave inside industrial ovens before being distilled two or three times in copper pots. Mezcal, on the other hand, is cooked inside earthen pits that are lined with lava rocks and filled with wood and charcoal before being distilled in clay pots. While some large-scale mezcal producers have adopted modern methods, artisanal mezcal makers continue to use this more traditional method, which is the source of the smokiness commonly associated with mezcal.

Are we ready to make some drinks now? All this talk about mezcal has got me feeling thirsty! 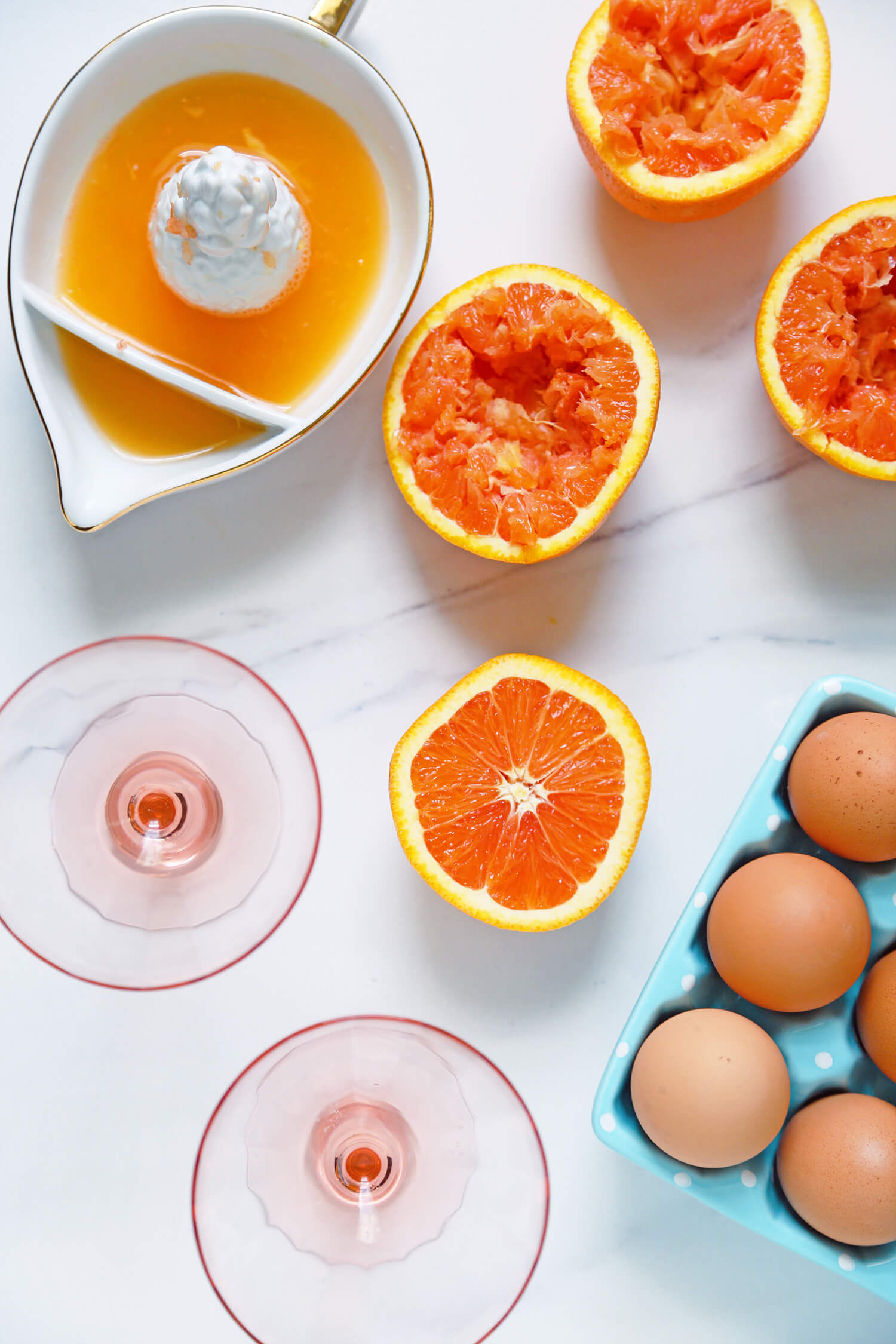 1 orange wheel for garnish, I used a candied orange 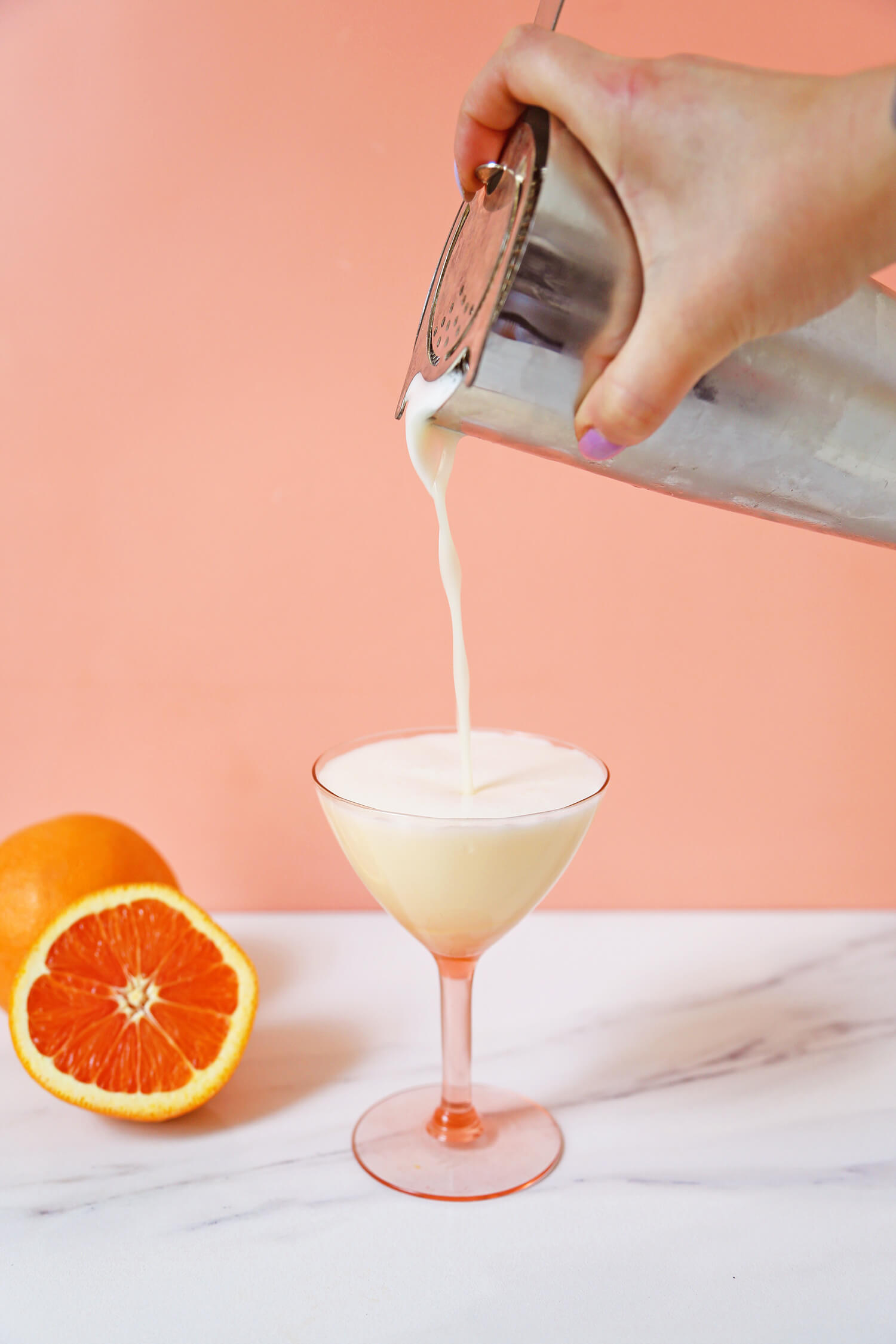 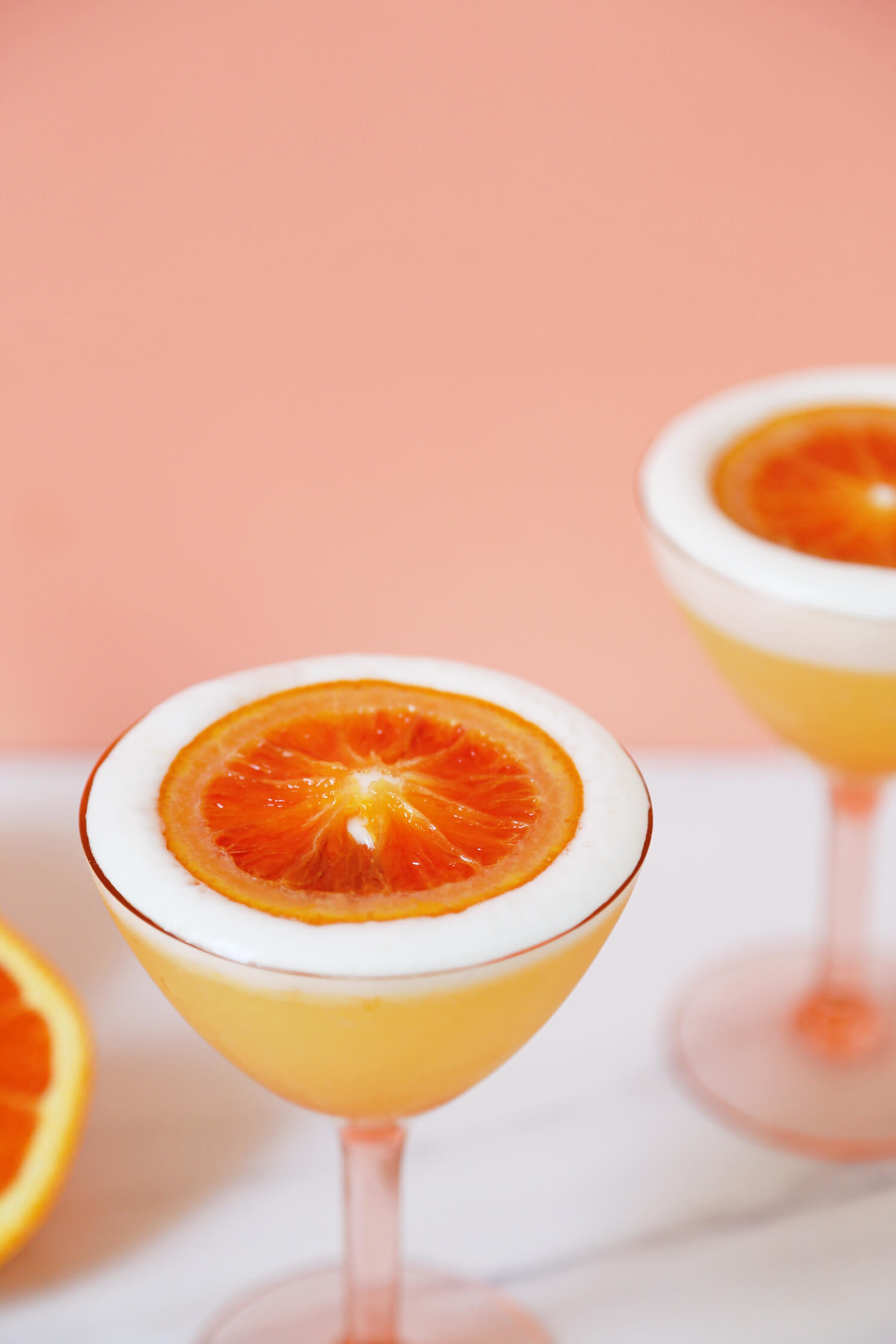 I recently made a delicious no-bake mimosa tart for Palm Springs Style that I topped with candied oranges. I had a few extras so I garnished this drink with a candied orange. You can use a fresh slice or check out that post to see how I made the candied oranges. It was so easy and they turned out oh so delicious. You should probably just make that mimosa tart while you’re at it. You’ll thank me! 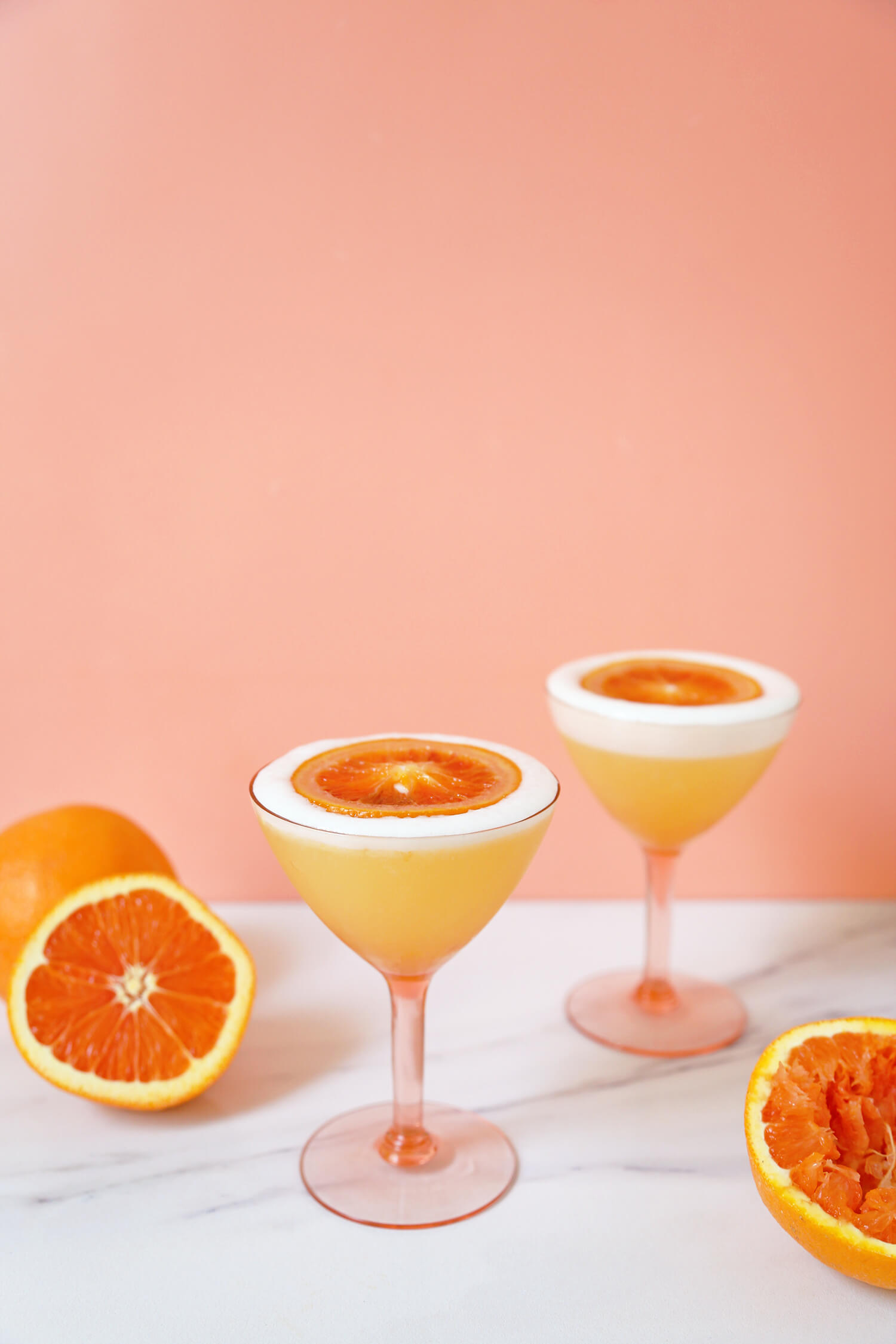 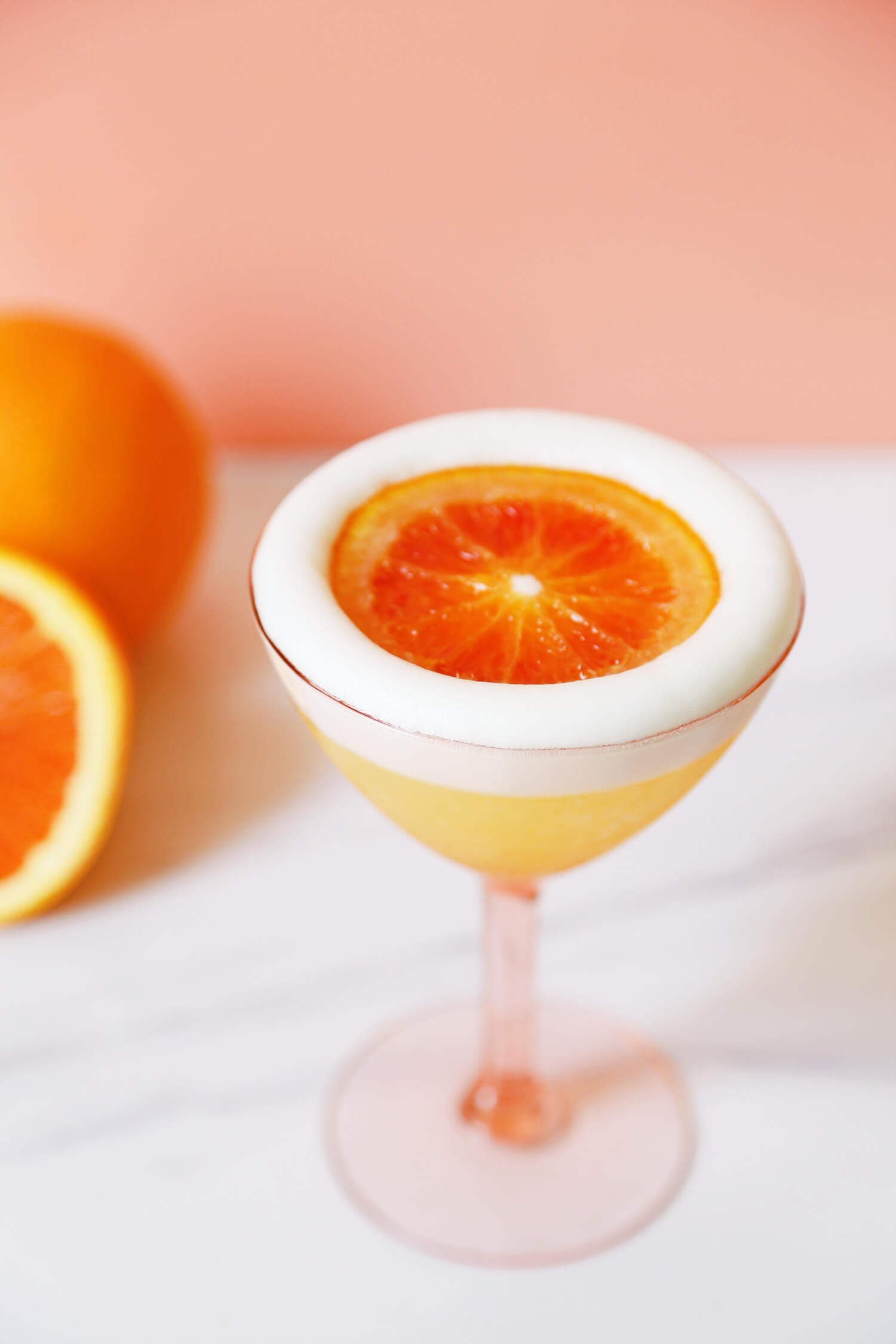 I think this Cara Cara Mezcal Sour is my favorite sour ever! Cara Cara oranges have a distinct pinkish-red and orange flesh. It’s not just their beautiful color that makes them stand out — they have a remarkable taste that goes right along with it. Compared to traditional navels, Cara Caras are sweeter, slightly tangy, and less acidic, with a hint of red fruit, like cranberry or blackberry. Using Cara Cara in this drink made it so bright, fruity, and refreshing. Plus I love that peachy hue it has! 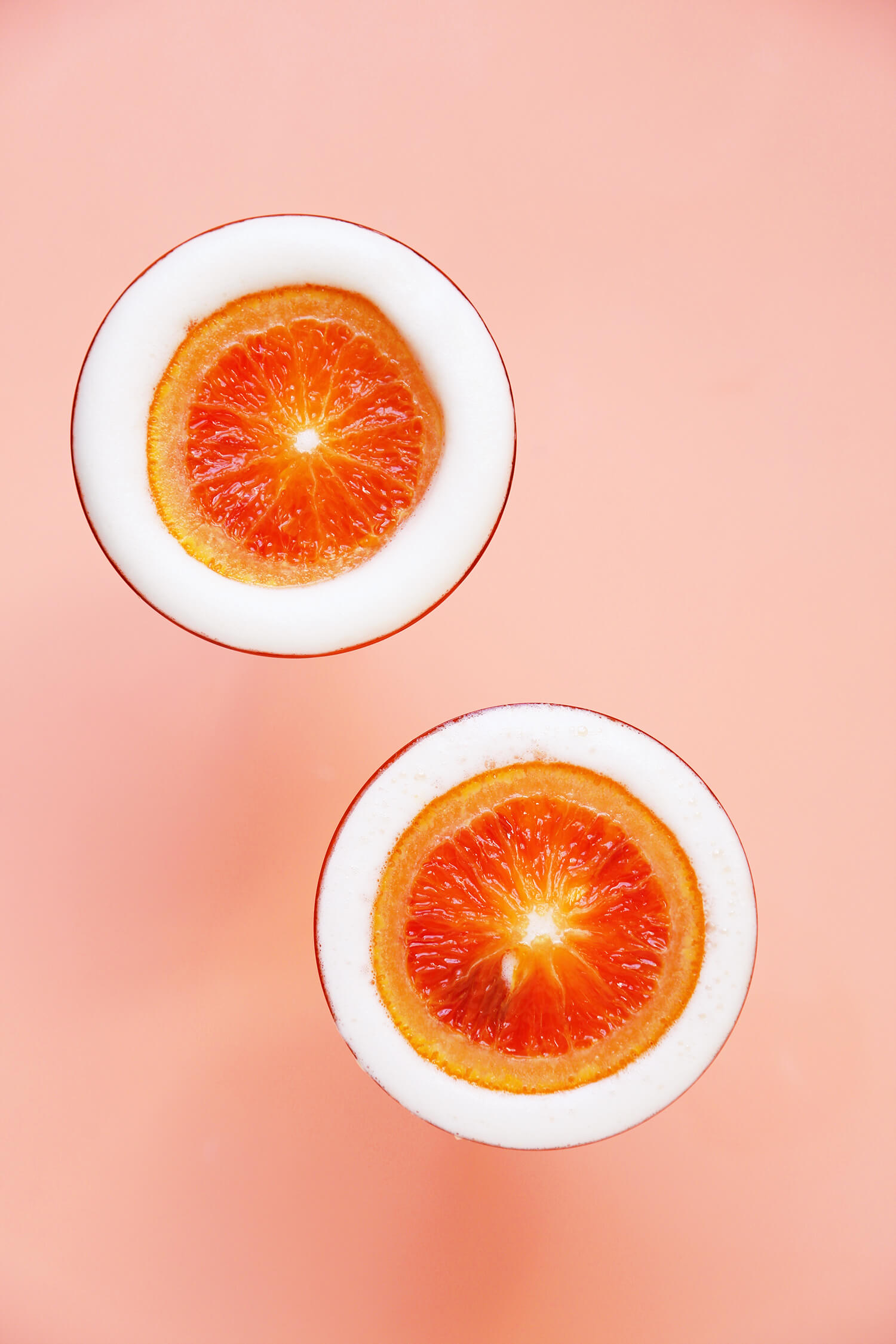 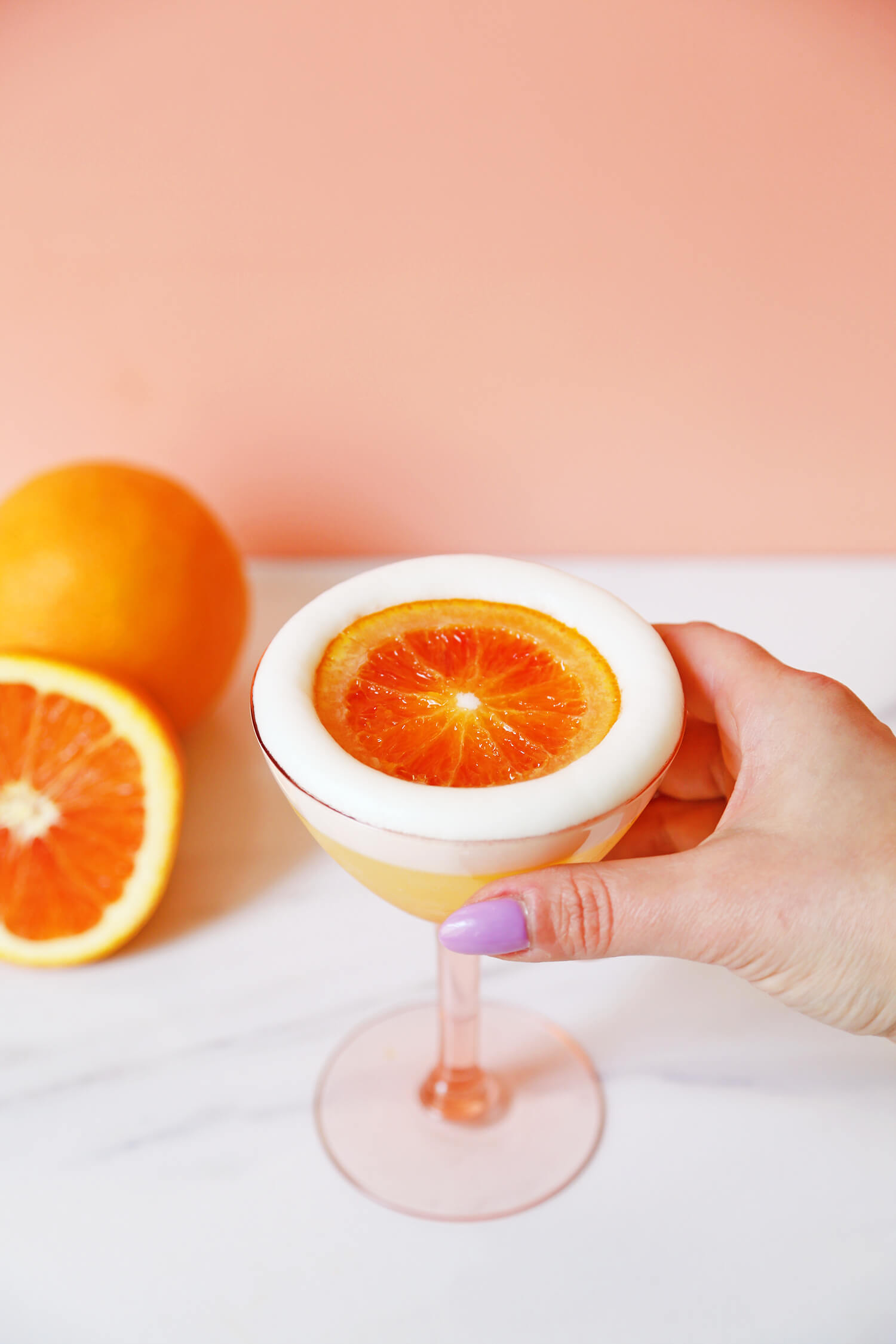 I loved garnishing it with an orange wheel because the egg white foam kinda puffed up around it. It was seriously stunning! I hope you have some fun plans for Cinco de Mayo. I’ll be sipping on mezcal, most likely in the company of tacos. That’s not too far off from everyday life though. 😉 Stay tuned for some more drink ideas for Cinco de Mayo. I have some delicious drinks going up on Palm Springs Style and A Beautiful Mess because there can never be too much tequila! 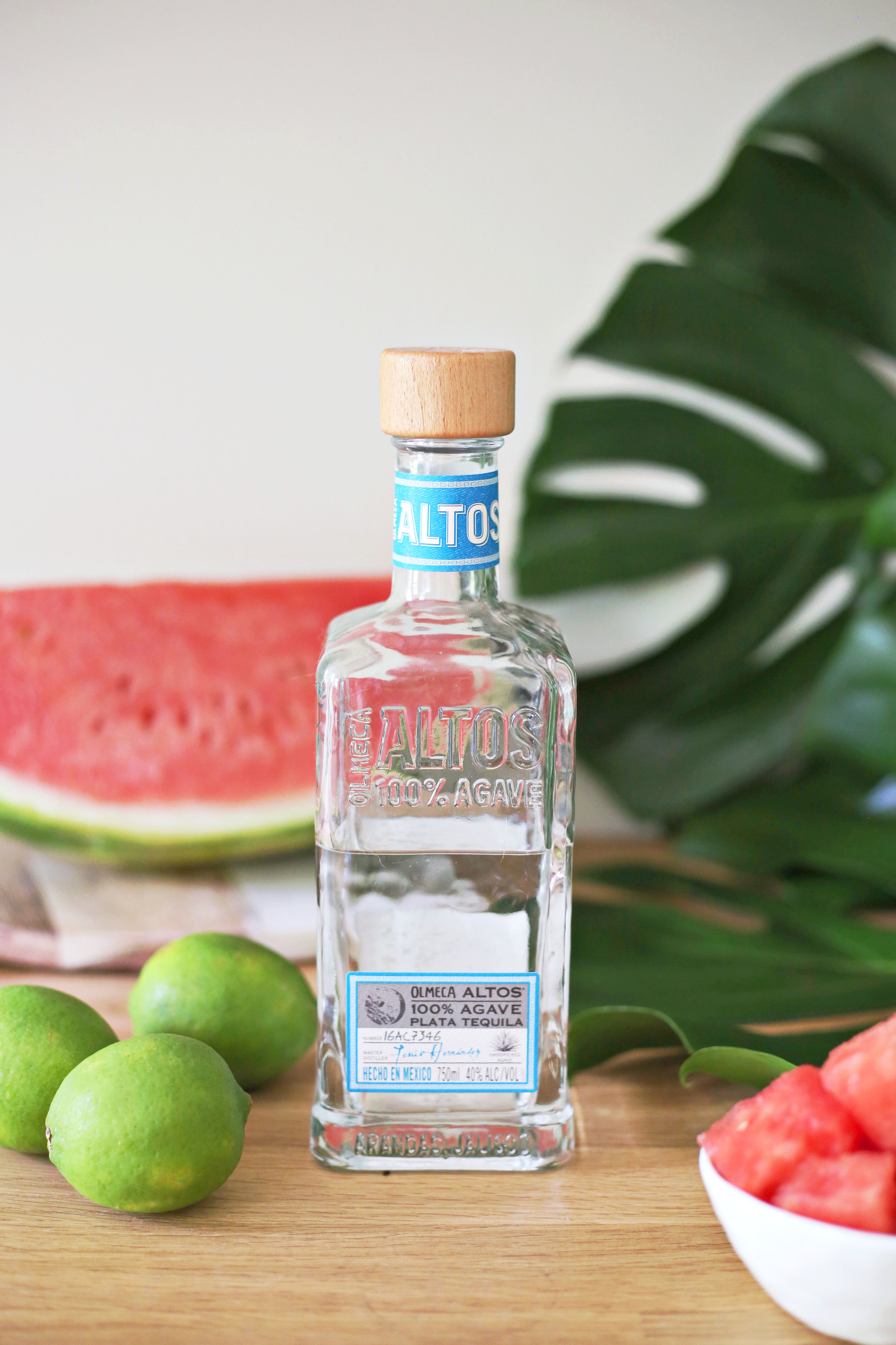 Happy National Tequila Day! I decided to celebrate with rounding up my favorite tequila cocktails on the blog and sharing some facts about the spirit itself. I’m sure you know that tequila is a spirit made from agave. Just like french wine or spirits, it can only be made in a specific region; the Mexican state of Jalisco and surrounding areas. That area is perfect for growing the agave plant because the soil is mostly volcanic. The agave plant has sharp thorns, long thick leaves, and takes between 8-12 years to reach maturity before it can be harvested. After the plant is harvested, it is peeled, roasted, crushed, and the juice is fermented and distilled. Tequila is usually made from 100% agave and distilled twice.

There are four main tequila categories:

Fun Fact: Contrary to popular belief agave is not a cactus. It is in the asparagales botanical family which makes it a relative to the Yucca Plant or the Joshua Tree. Okay, now I’m done being a crazy plant lady.

You can drink tequila many ways. As a shot, served neat or on the rocks, or in cocktails (MY favorite). Here are some of my favorite recipes that I have created to help you celebrate National Tequila Day.

I hope you find some time today to enjoy your favorite tequila cocktail. What’s your go-to tequila drink to make at home? If you decide to make one of the cocktails above, don’t forget to chime in on the comments and let me know how it turns out.