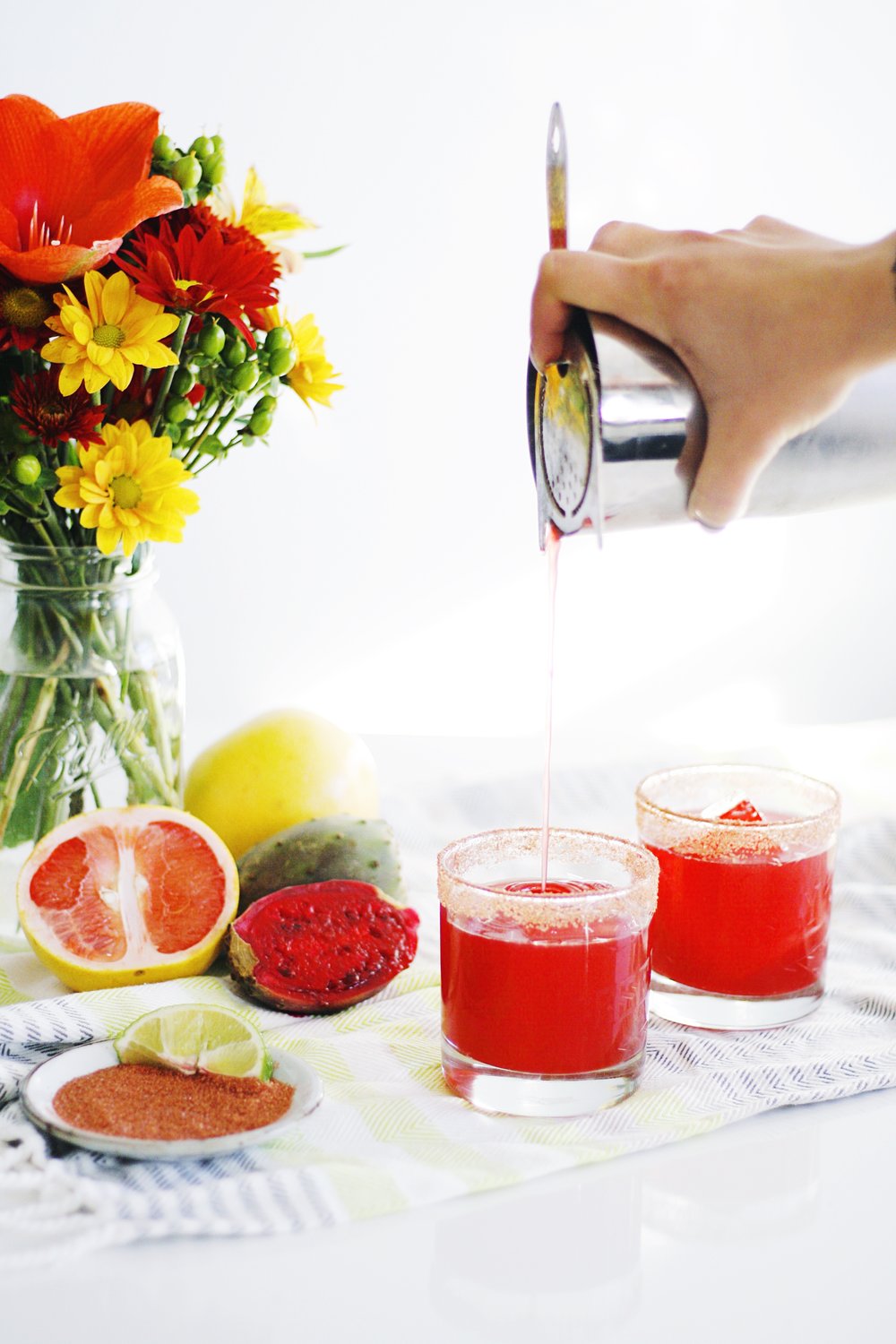 Hello Everyone! Remember when I said I’d have this recipe up by the weekend? I lied, I’m sorry. It was a really crazy weekend and I was exhausted. My mind couldn’t put together complete sentences so I stayed in bed and watched the Investigation Discovery Channel. I am finishing out the work week and then I fly to Florida to visit my mother on Sunday and guess where we are going? DISNEY!!! I haven’t been there since I was six years old and I’m really excited to experience it as an adult. Pastel castles and princesses please! We’re staying at the Polynesian as well so there will be lots of pics taken of that I’m sure. If anyone has any tips or recommendations of must see things please shoot me a message or comment below I’d love to hear from you! 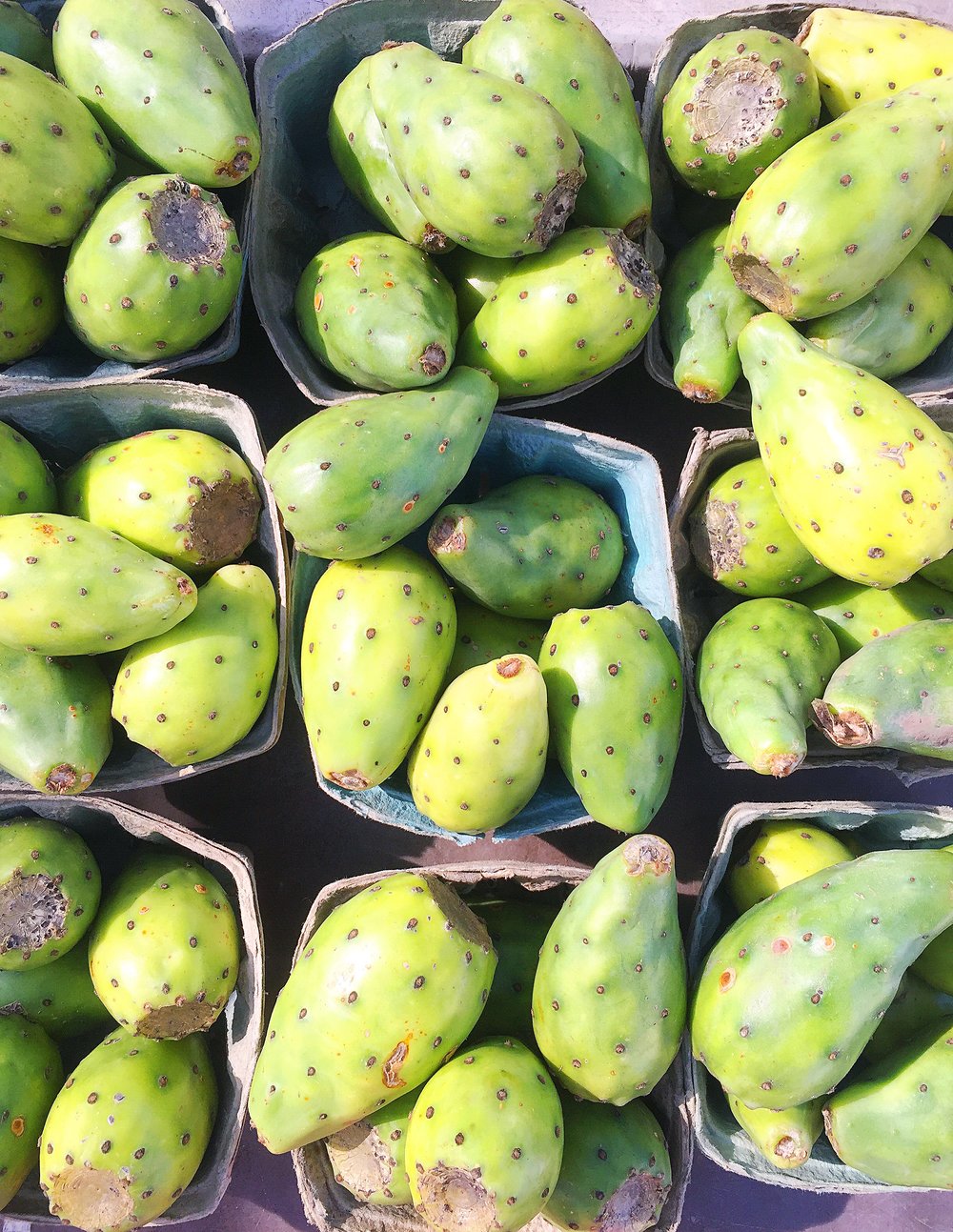 Prickly Pears at the farmers market.

But let’s get down to business. I saw Prickly Pears at the market and I have to embarrassingly admit that I’ve never had a fresh one (and boy was I missing out). I’ve had purees, delicious sodas, and jams but I’ve never actually eaten the fruit until now. They are in season from late summer to early winter (basically September-December). So if you see some, grab some because these are so delicious in drinks and on top of that they add a lovely saturated magenta hue to your cocktails! 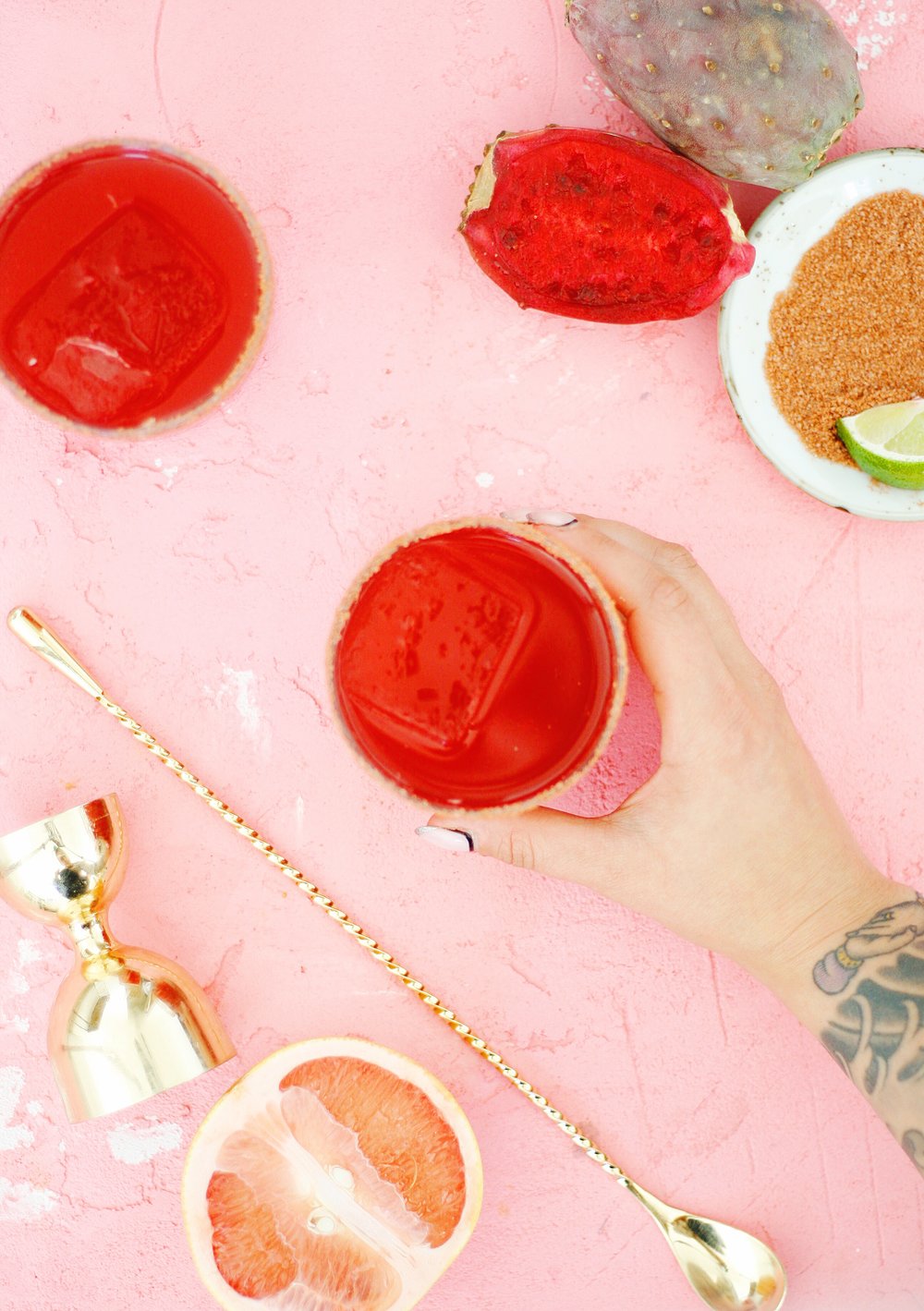 I added some pink himalayan salt to the rim of the glass to make the drink a bit more savory.

For those of you that like tequila this drink is a seasonal twist on the margarita. Instead of using Cointreau or agave I added cinnamon syrup for a little baking spice touch. I love the combination of cinnamon and grapefruit, which I also added to the drink ontop of traditional lime juice. Happy muddling!

Your choice of salt for the rim (I used pink himalayan)

Add your fruit, citrus, and syrup to tin and muddle. Add tequila and shake on ice. Salt the rim of your serving vessel and strain drink over ice.

1:1 Demerara syrup made with cinnamon bark, or cinnamon sticks. Combine sugar and water in pot on stove on low heat until it is incorporated. Add a generous amount of cinnamon bark or sticks, this will vary depending on how much you will be making but if you’re doing 1 cup I’d say about 5-6 sticks or 1/4 c. bark. Let simmer on stove, you should be able to smell the cinnamon cooking, but I suggest making to taste. 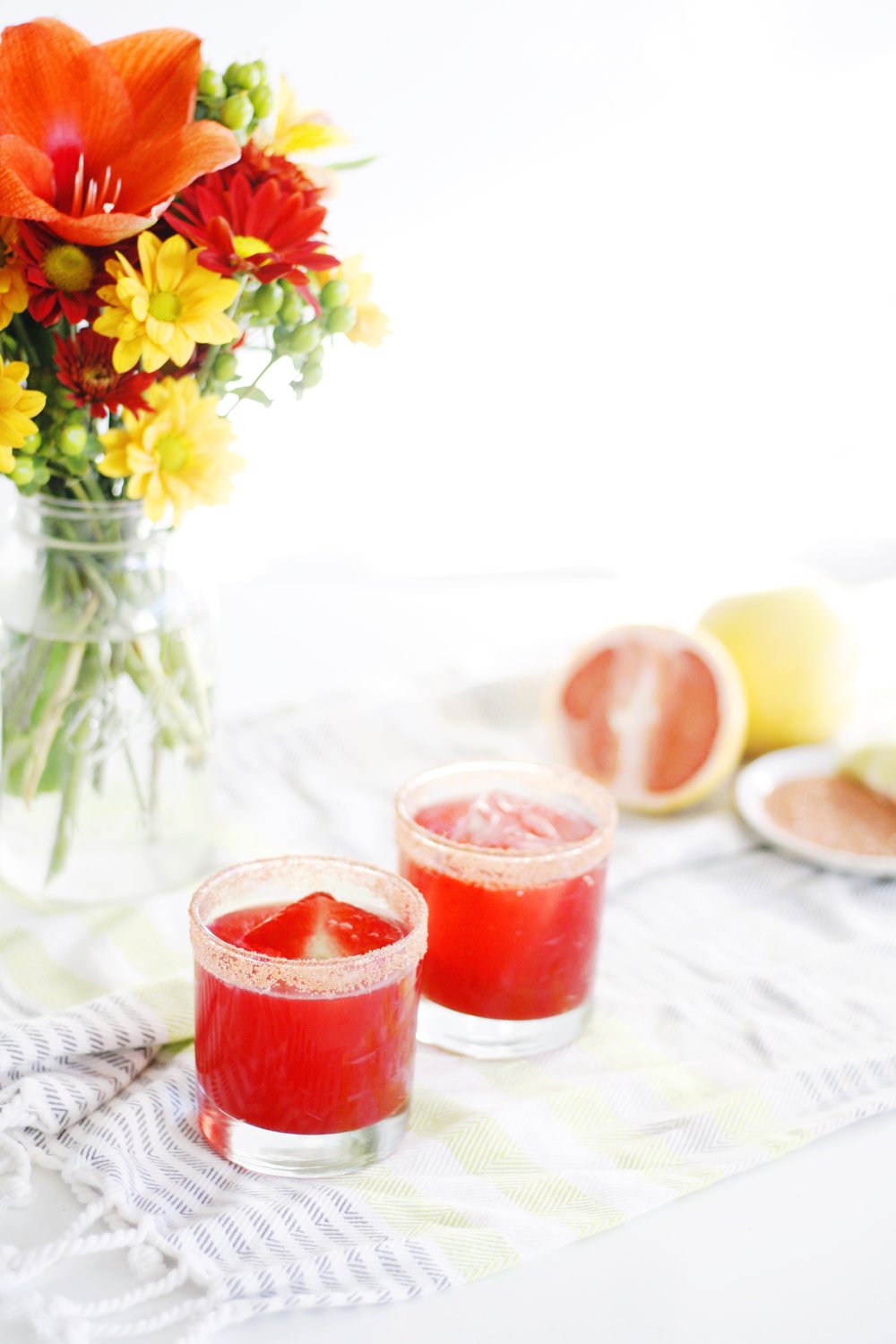