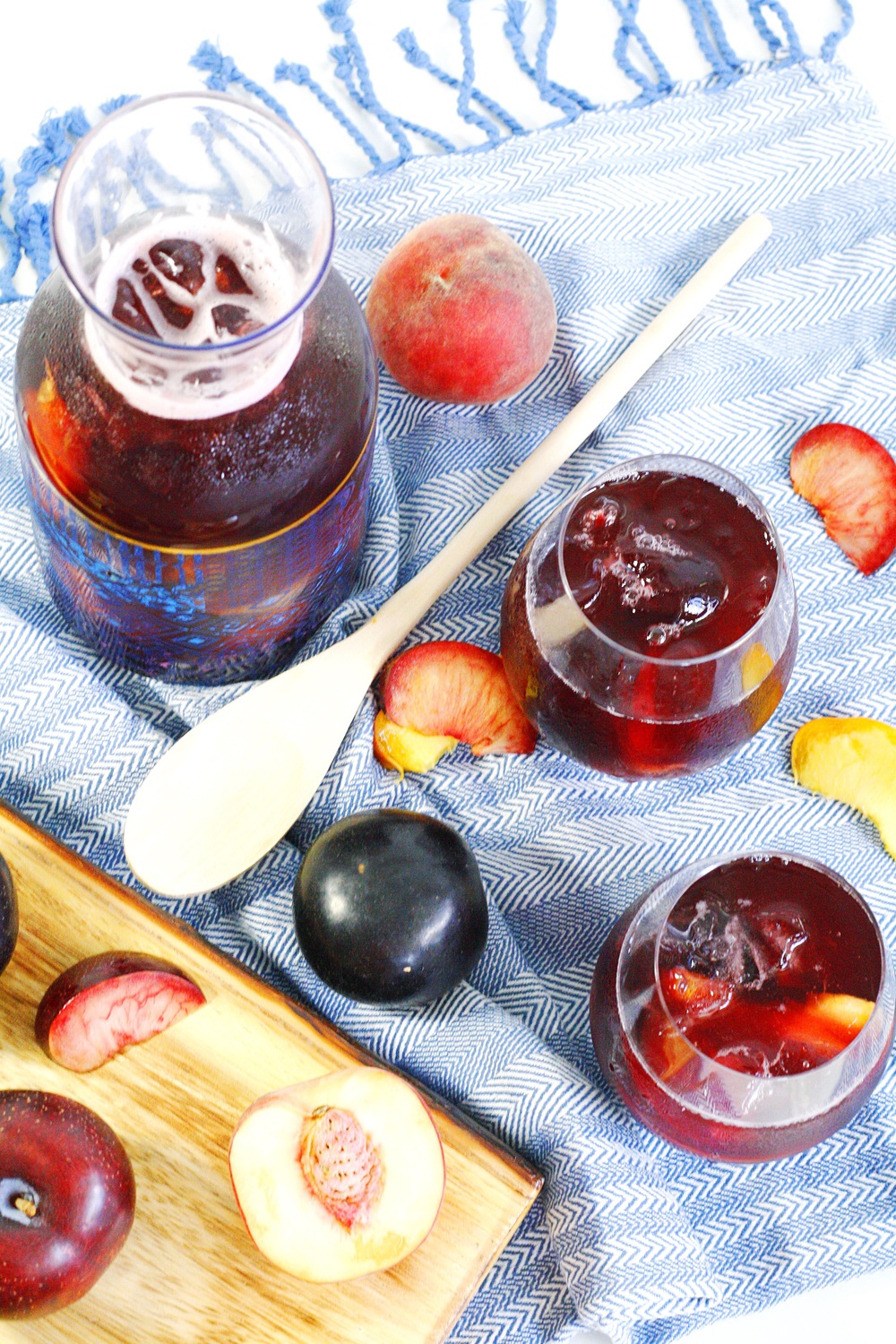 Sangria is probably one of the easiest batched cocktails around. It can easily be tweaked to be seasonally appropriate depending on what time of year it is, and it can be convenient to make for as few or as many people as you like. Besides, if you make too much whats the harm? The longer is sits and soaks in fruit the better it gets.

Sangria is a beverage common is Spain and Portugal. It normally consists of red wine, chopped up fruit, a type of sweetener, and a small amount of brandy. It can be steeped while being chilled for a few minutes or up to a few days. The beverage is thousands of years old but wasn’t widely popular in the United States until it was showcased at the 1964 Worlds Fair in New York. This is despite Sangria being a common beverage in the United Kingdom, where it was known as Claret Cup Punch. 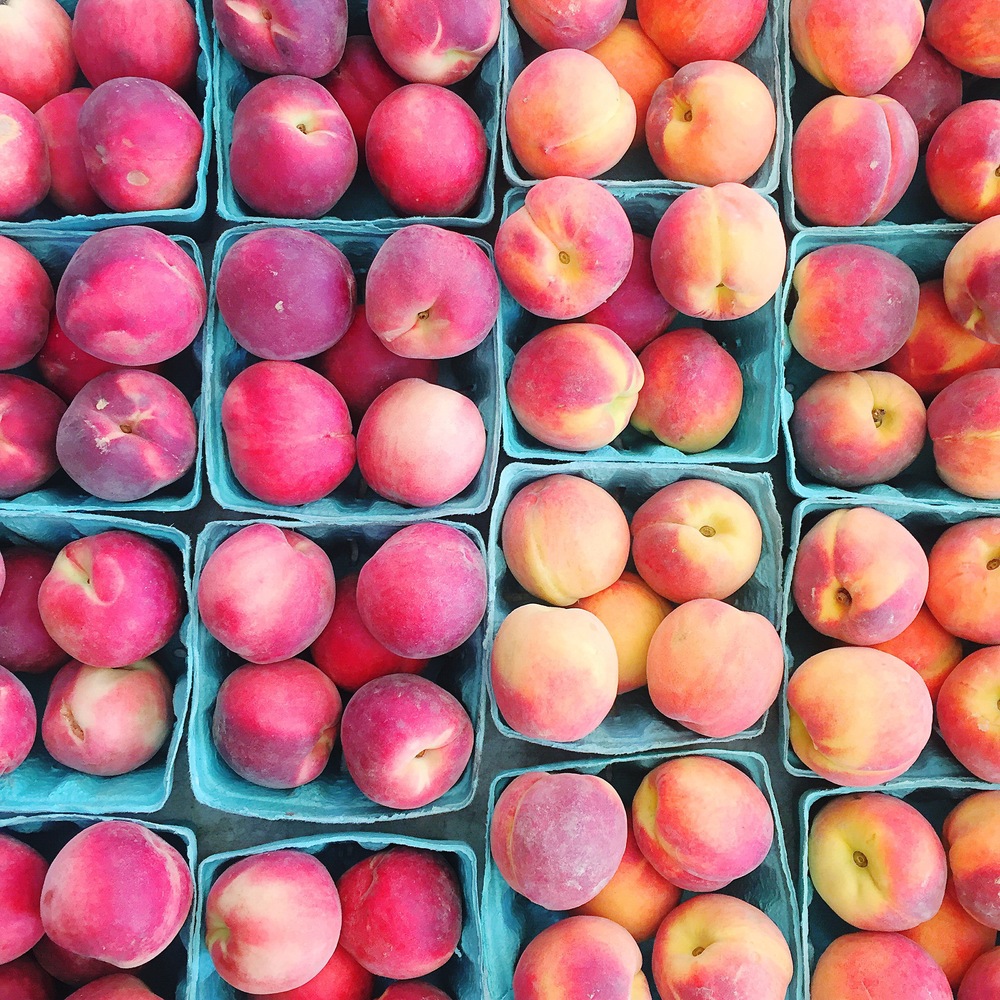 I saw peaches and plums at the farmers market last week and immediately thought of how tasty they might be soaked in wine and drank on a lovely hot afternoon, icy cold, accompanied by brandy, and some soda bubbles. This is a super simple recipe, something you can easily recreate at home with very little fuss. I made my version with a Cabernet from the Napa Valley, it was a touch fruitier with slight notes of vanilla and pepper. If you’d like to use something a little drier perhaps a Spanish red like Garnacha or Tempranillo would work better for you. 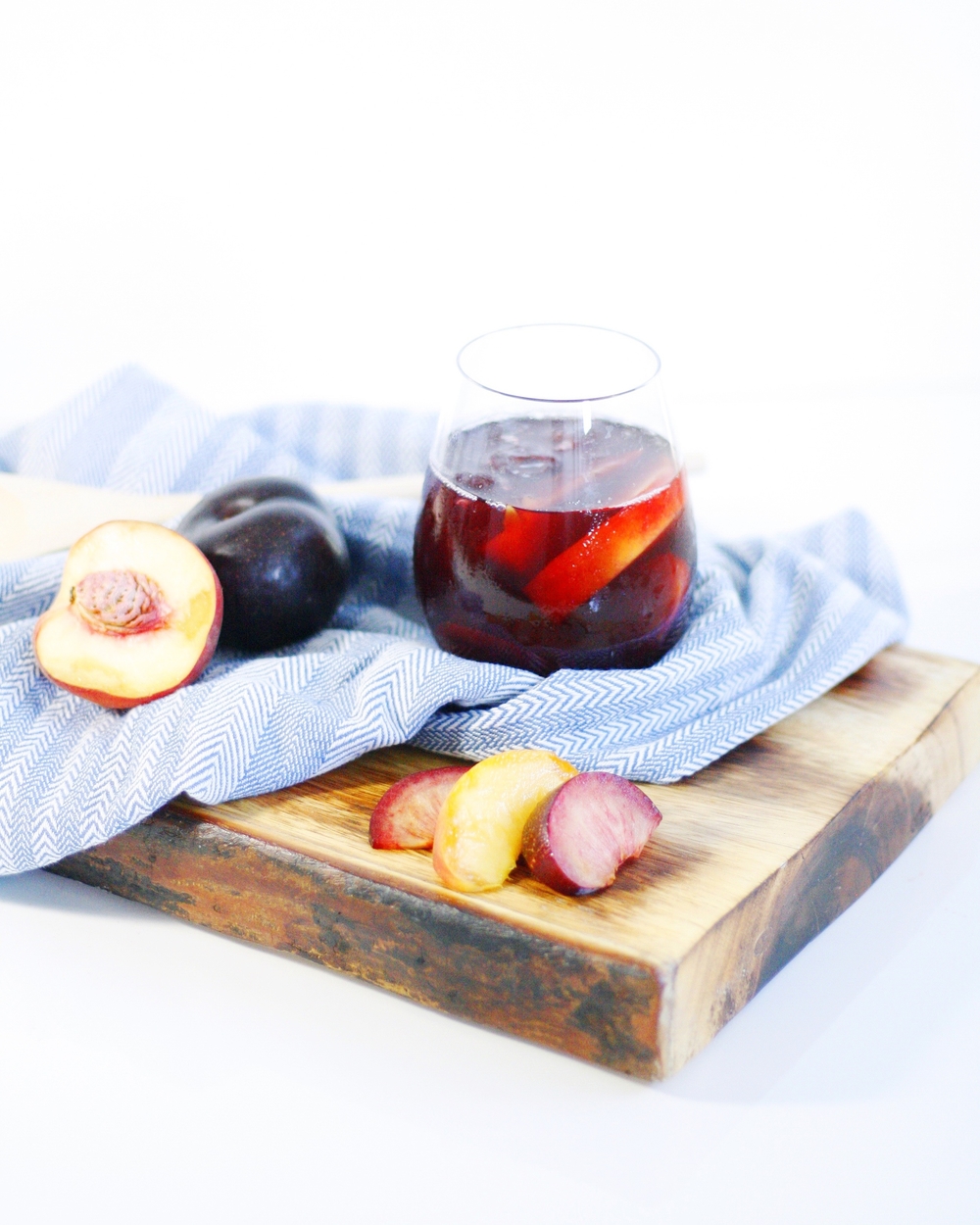 In a pitcher combine wine, peach nectar, and brandy and stir together until incorporated. Add fruit, let soak, top it off with seltzer and serve. Smile. 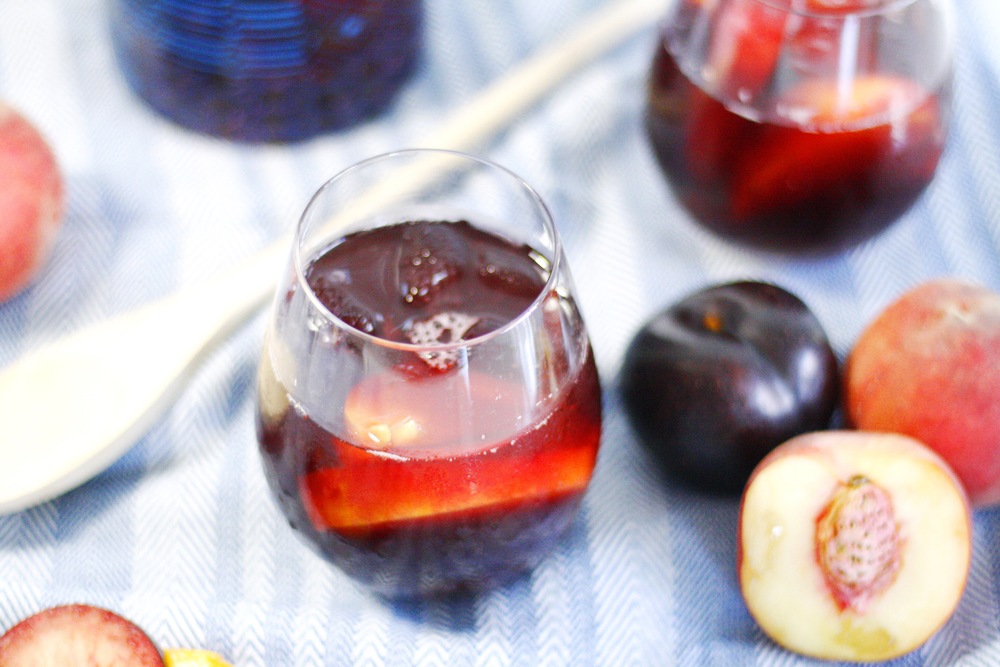 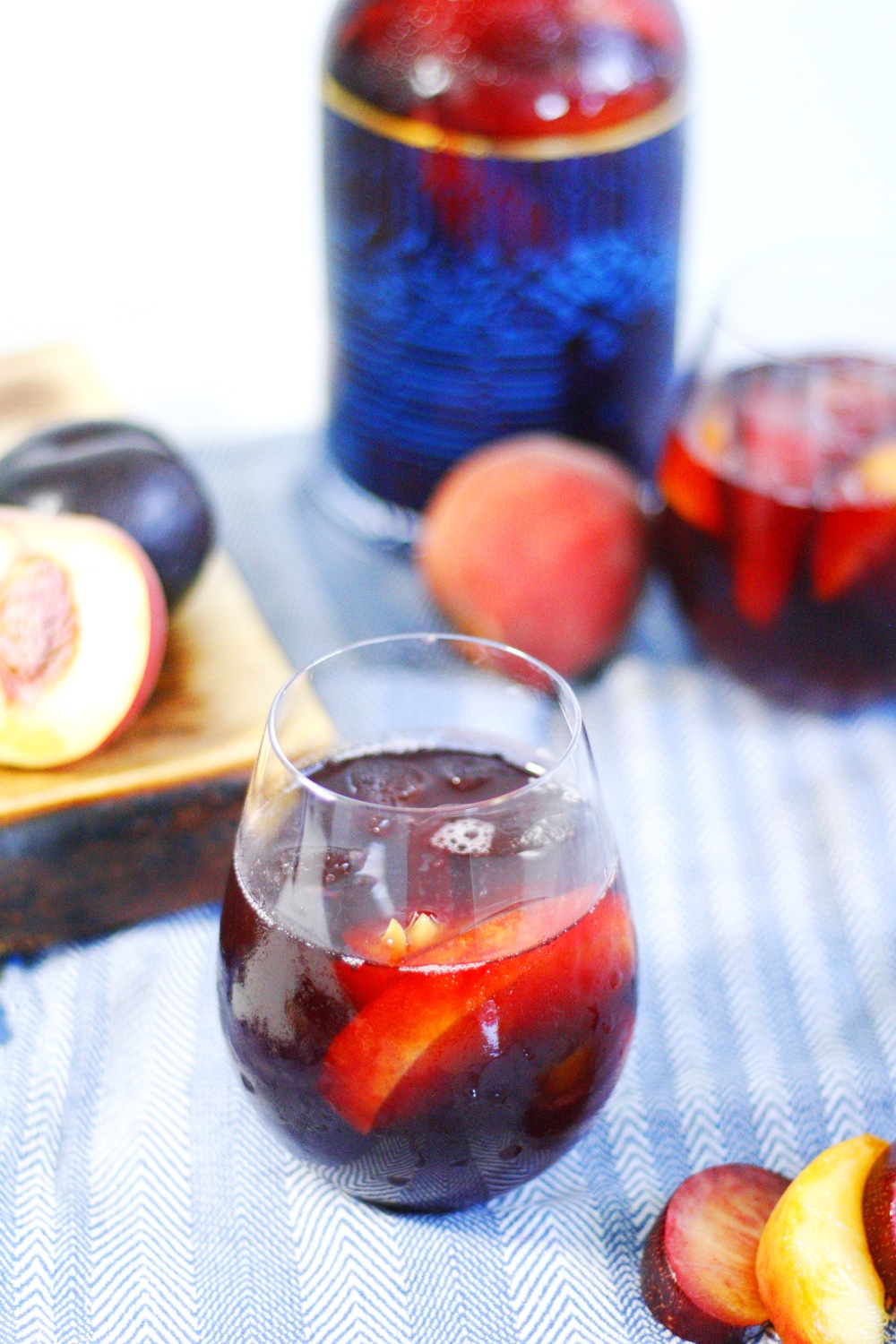 Beautiful photography! I will have to try this Sangria. It looks so yummy!

Thanks so much Kim! I hope you like it! 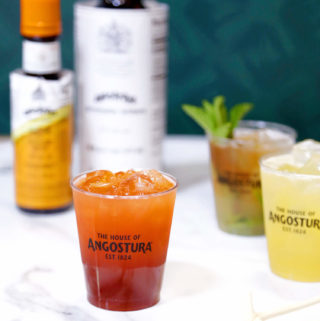